EXAMPLE: If your website is being DDOS attacked by bad actors in Russia, and you use a DDOS mitigation service like Incapsula, instead of sending all of your traffic through Incapsula, you can redirect only traffic from Russia to Incapsula using Traffic Director, and allow the rest of the world to access your site as normal.

In this article, we are going to set up two Response Pools, and their corresponding Rule Sets, with Traffic Director to do exactly this.

Note: Total number of records in a single Response Pool may not be more than 255. 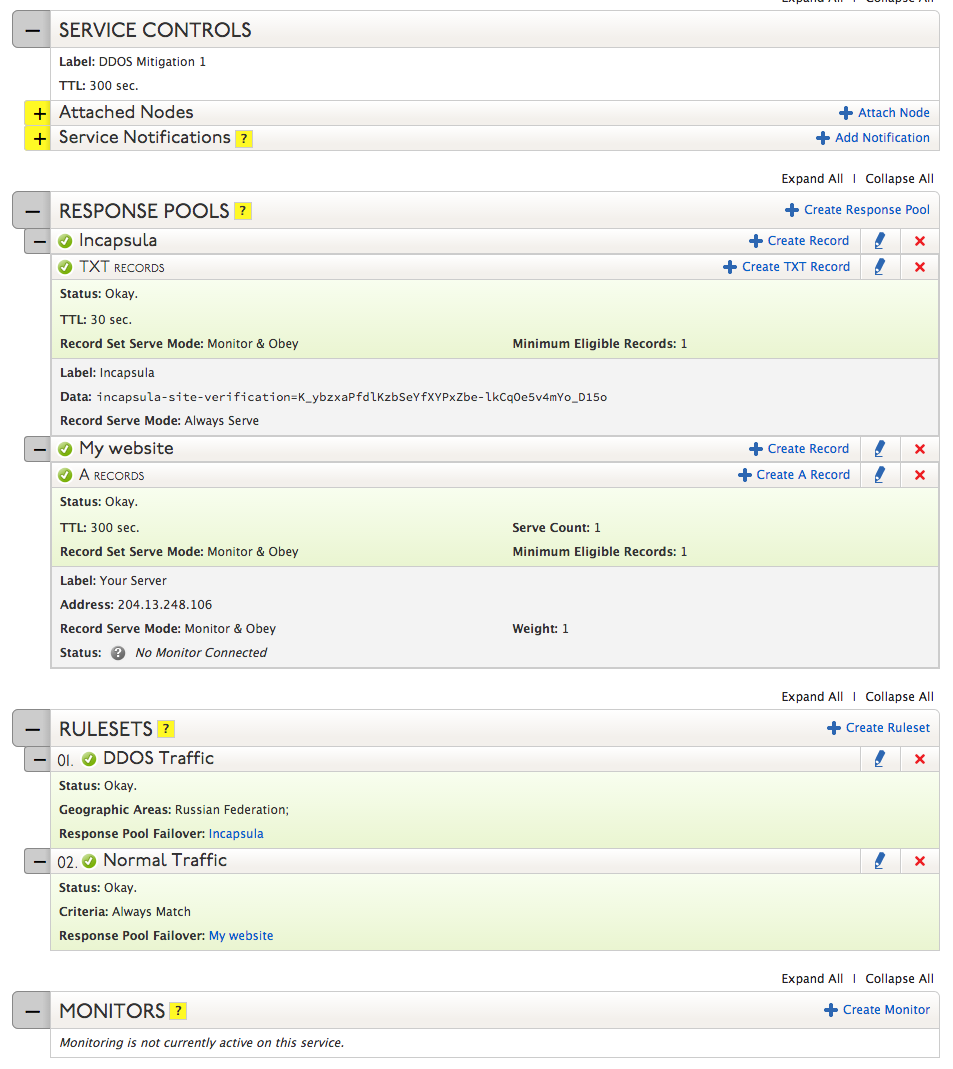